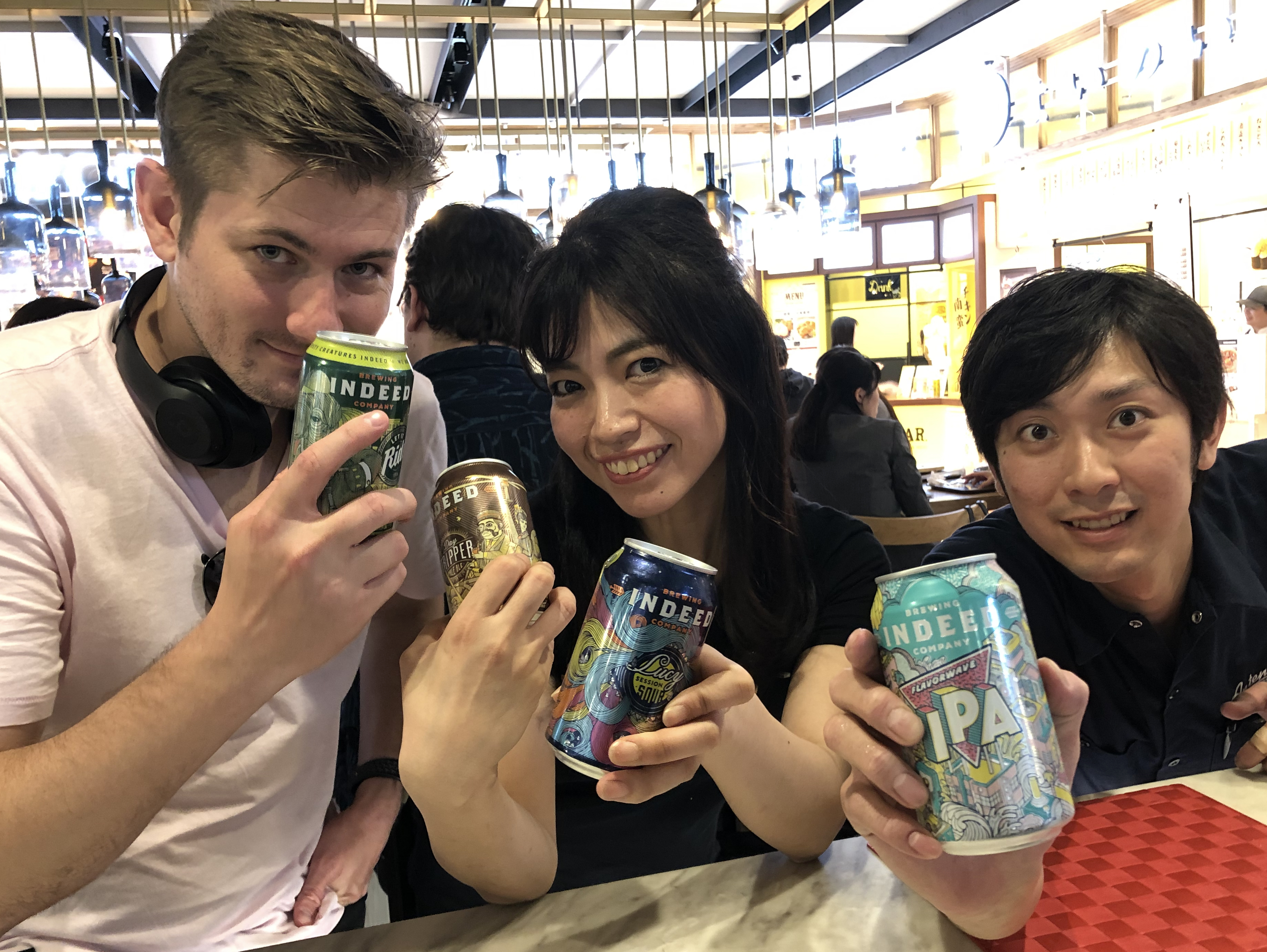 On Tuesday, February 26th, a special—and sizeable—package was carefully assembled at our brewery and sent off on a journey of 6000 miles. 250 cases and 120 ⅙ barrels of Indeed beer traveled far and wide, across the country and the Pacific ocean to reach its final destination in Yokohama, Japan, via our new distribution partners at Nagano Trading Co. Their inaugural delivery of Indeed beer is diverse and expansive including the classics like Day Tripper Pale Ale, B-Side Pilsner, and Lucy Session Sour, along with new and seasonal beers like Flavorwave IPA, Stir Crazy Porter, Mexican Honey Imperial Lager, Rum King Imperial Stout, and Let it Ride IPA. These selections began selling at Antenna America, Nagano’s showroom and tasting room, on April 18th.

“Adventure and exploration have always been part of the Indeed ethos, so exporting to Japan is a natural fit for us,” explains co-founder, Tom Whisenand. “We are not aiming to sell large volumes of beer in Japan. Rather, we are looking to make connections with a new group of customers that are excited about American craft beer and will hopefully be excited about Indeed.” He goes on to explain that not all international distributors value freshness and quality, which is why Indeed chose Nagano: “Ultimately, we think we can add to the excitement around American craft beer in Japan and in turn, that excitement will add to the Indeed story going forward.”

Internationally, American beer has long been seen as big beer only: light, fizzy, macro beer. Nagano was on a mission to change these views. So in 2012, they broke ground with a plan to immerse the American craft beer experience into the Japanese market. They view the merging of these markets as a cultural exchange between the United States and Japan and also wanted to give Americans living in Japan a taste of home. Nagano also works to educate their market about the work American independent craft breweries are doing to change this view by creating a dialogue about the expansive selection of beer that’s become available in the United States.

So how do they keep the beer fresh and at peak quality? Nagano has an intricate and specific model of transporting craft beer across the world while keeping it at consistent temperatures and away from light. First, it’s packaged as fresh as possible as it leaves the brewery, then is transferred into a temperature-controlled truck and eventually a refrigerated warehouse before it leaves the States. A refrigerated shipping container picks up the beer and once it hits the shores of Japan, is stored in another beer-friendly warehouse until it’s picked up and brought to Antenna America where consumers in Japan can purchase cold American craft beer by the can or enjoy it on draft. Nagano Trading also distributes to craft beer-focused bars and restaurants in Tokyo and Osaka.

Tom is already looking ahead at the future of this partnership and excited to see what it could mean for Indeed, “For now, we see the future as contributing to the excitement surrounding American craft beer in Japan and absorbing how Japanese consumers react to our products,” he states. “In time, if we see a strongly positive reaction to our beer in Japan, we will explore options to increase our presence there and possibly in more locations in Asia.”