Attention Minneapolis Taproom Guests: Proof of vaccination or a negative Covid test must be shown at the bar upon entry beginning January 14.

Find Flavorwave and Mexican Honey Light in grocery and convenience stores across Wisconsin.

Since 2017, Indeed has slowly and surely grown its presence in Wisconsin. What began as self-distribution in the Milwaukee and Madison area led to the decision to open a taproom and pilot brewery in Milwaukee, thanks in large part to the way Flavorwave and Mexican Honey Light resonated.

The popularity of Flavorwave prompted the move to package this tropical and juicy IPA in 19.2-ounce cans. The cans, which feature a minimalized design, will be a staple in all Kwik Trip locations. “It’s really cool to see our 19.2 next to Bell’s Two Hearted and Lagunitas in Kwik Trip,” says Sales Director Ryan Bandy. “We’re proud and humbled to be existing on the same level as some of these bigger craft breweries, and seeing not only how much the industry has grown, but how we’re growing right there with it.” 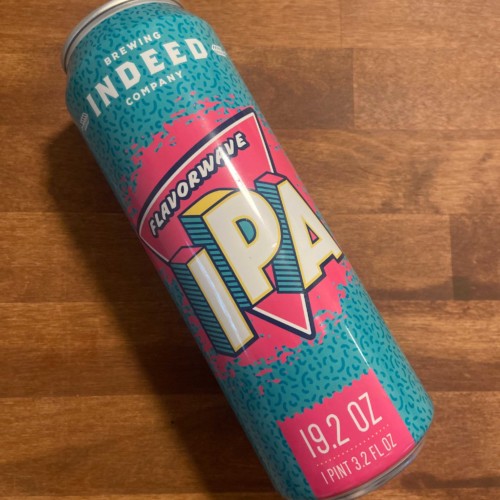