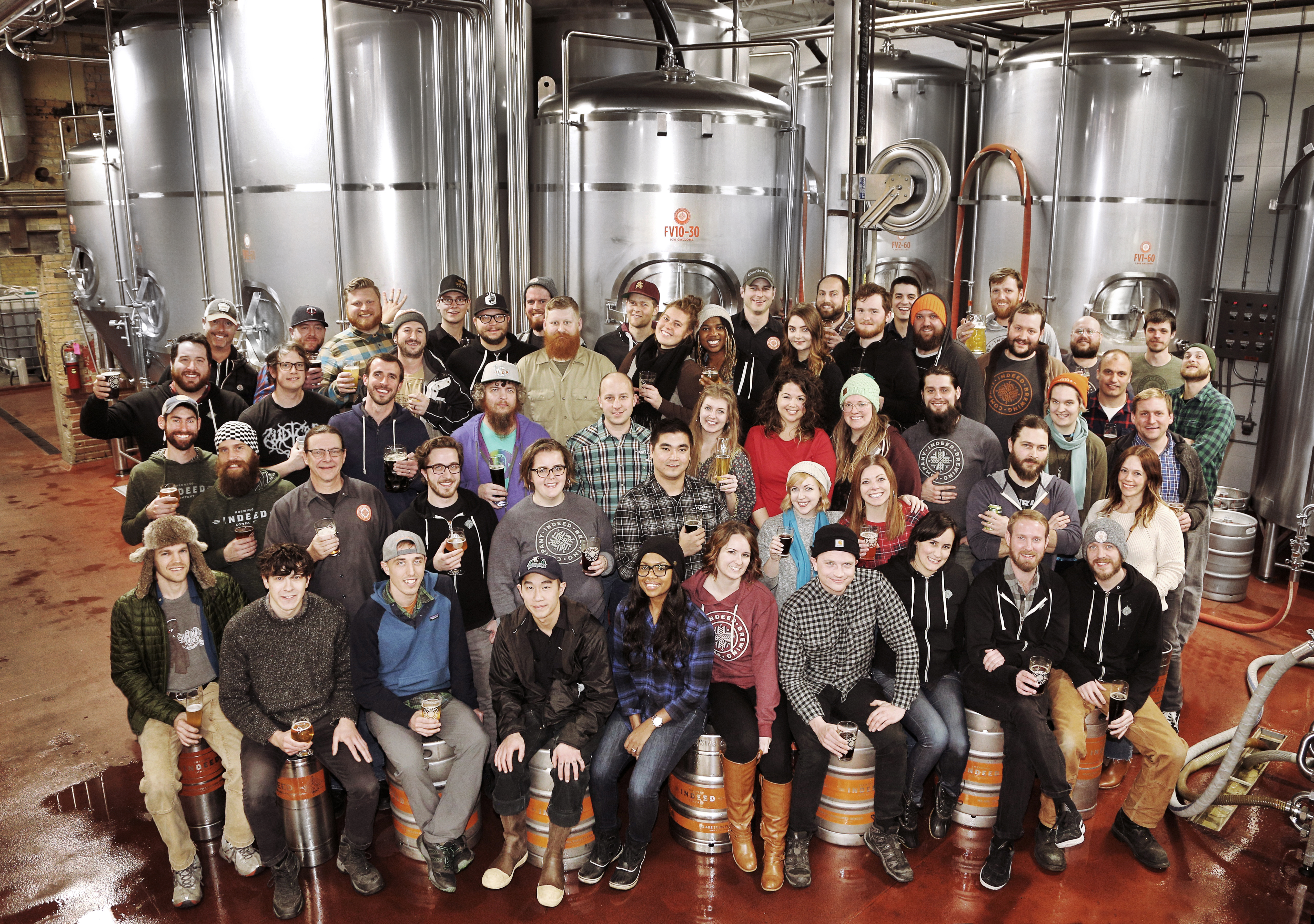 Indeed takes a look back at 2017 and shares plans for the new year!

Cheers and auld lang syne (whatever that means)! We'd look it up, but we're still getting used to the idea that it's 2018 already. Last year flew by, and was filled with a lot of hard work, good times, and great beer.

To show you what's kept us so busy, we've rounded up some stats for our work regarding beer, community, investments in quality, and economic impact. We're happy to report that despite rising competition in the craft beer space, we doubled the projected industry average for sales growth volume in 2017, increasing sales by over 11% in the Twin Cities metro area. We also added nine more awesome members to our staff, and were named a 2017 Top 150 Workplace by the Star Tribune.

Though the brewery produced the equivalent of almost 4.5 million cans of beer (yowza) in 2017 and won a medal in the prestigious European Beer Star Awards (double yowza), we're most proud of our work with community nonprofits through our charitable giving program, Indeed We Can. In case you didn't know, every Wednesday our taproom proceeds are donated to a regional nonprofit chosen by one of our employees. In 2017, we donated over $105,000 to 52 local nonprofits with the help of our staff members and taproom patrons. We're hoping to top that number in 2018!

In addition to making investments in our community, we also heavily invested in technology to bring an even higher level of quality and consistency to our beer. The brewery is now equipped with an Automated Carbonation System that saves time and provides a higher quality carbonation; a Liquid Nitrogen Dosing System, that helps keep beer fresh for a longer amount of time, and a Pentair Automatic Inpack Total Package Oxygen Meter, that measures different oxygen levels in beer to ensure freshness and consistency. If you want to check out these babies for yourself, come join us for a tour of the brewery - offered almost every Saturday.

Wondering about our plans for 2018? We're set to continue our development as a regional presence in Minnesota, North Dakota, and parts of Wisconsin. We'll release two new packaged offerings in cans: Strawberry Fields Sour Ale and a new IPA. You can also expect more releases from our Wooden Soul series of sour, wild, and barrel-aged beers. Finally, we're excited to announce that we'll be upgrading our canning line in early summer of 2018, increasing the amount of cans we can fill per minute from 40 to over 100. We are forever grateful to be a part of the vibrant craft brewing community in the Twin Cities and Minnesota, and we're pumped to have another year of adventures with all of you thirsty creatures.

Check out our 2017 Year In Review infographic and 2018 Brand Calendar below for more details on what's brewing at Indeed.