Giant for a Day

This limited release double IPA will be available in Minnesota, North Dakota, and Wisconsin in March and April.​​

In beer years, a double IPA is ancient. Older, wiser, and, dare we say, better, Giant for a Day Double IPA dips into the rosy depths of nostalgia to create a familiar, friendly beast of a beer—one to sip on while making tall tales even taller. Drawing from the magnificence of the mighty redwoods, which grow at a slow and stately pace but are constantly in upward motion, GFAD taps into the roots of craft brewing while launching us forward.

“When we first began talking about making a Double IPA, we all started reminiscing about the first time we tried our favorite DIPAs—Hopslam, Abrasive, Enjoy By, Pliny the Elder—and how much the DIPA nostalgia mirrored the time which we first fell in love with craft beer. I think a lot of us have moved to drinking more Pilsner and Pale Ales, but we got excited about making a DIPA again,” says Ryan Bandy, Sales Director. “Giant for a Day is West Coast in style—bright and bitter, loaded with one of our favorite old-school hops (Simcoe) combined with a massive dry hop of new-school hops that we’ve been digging (Lotus and Idaho 7). We hope you grab a six-pack and reminisce about craft beer memories while drinking a fresh DIPA.”

Giant for a Day features artwork by local Minneapolis artist Chuck U. “We wanted the brand and can art to lend itself to how ‘big’ of a beer was inside all while being inviting and evoking charm and nostalgia at the same time,” says Andy Kiekhafer, Creative Director. “Giant for a Day double IPA is our uplifting, friendly, reminder that life’s big moments are what matter most.”

This limited release double IPA will be available in Minnesota, North Dakota, and Wisconsin in March and April. 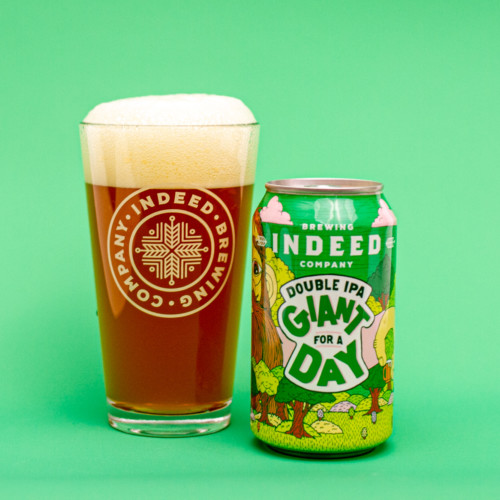 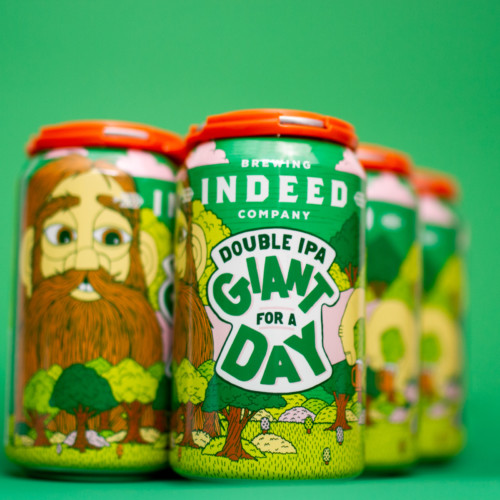 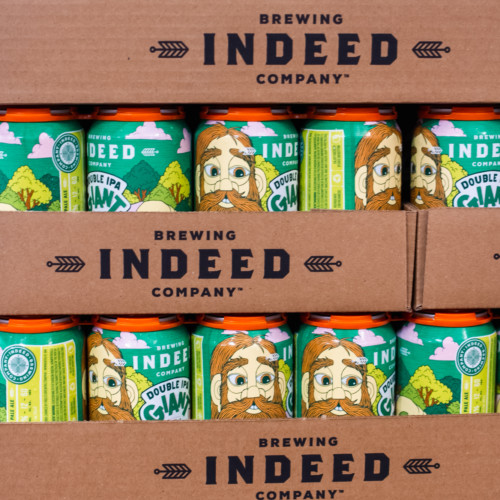 Tagged With Chuck U giant for a day